Right, I had planned to storm my way through this game before writing this but uh.. I can’t.

I mean, I want to, but I can’t. Here’s the trailer, I will discuss the game after, usual rules apply if you don’t want spoilers, leave.

Right, so how do we talk about Paranoia?

I’m two missions in and honestly, the game is fun but kind of basic, but then I haven’t gotten further into it so I assume there’s more depth and detail that I haven’t seen.

You do missions loaded up with contradictions and nerdy jokes, where your teammates might betray you.

So where is the problem?

Starting mission 3 never happens, I start the game with three teammates and Friend Computer giving me details, tells me that I need to pick my team and that someone new has joined the team and what do I get? This. 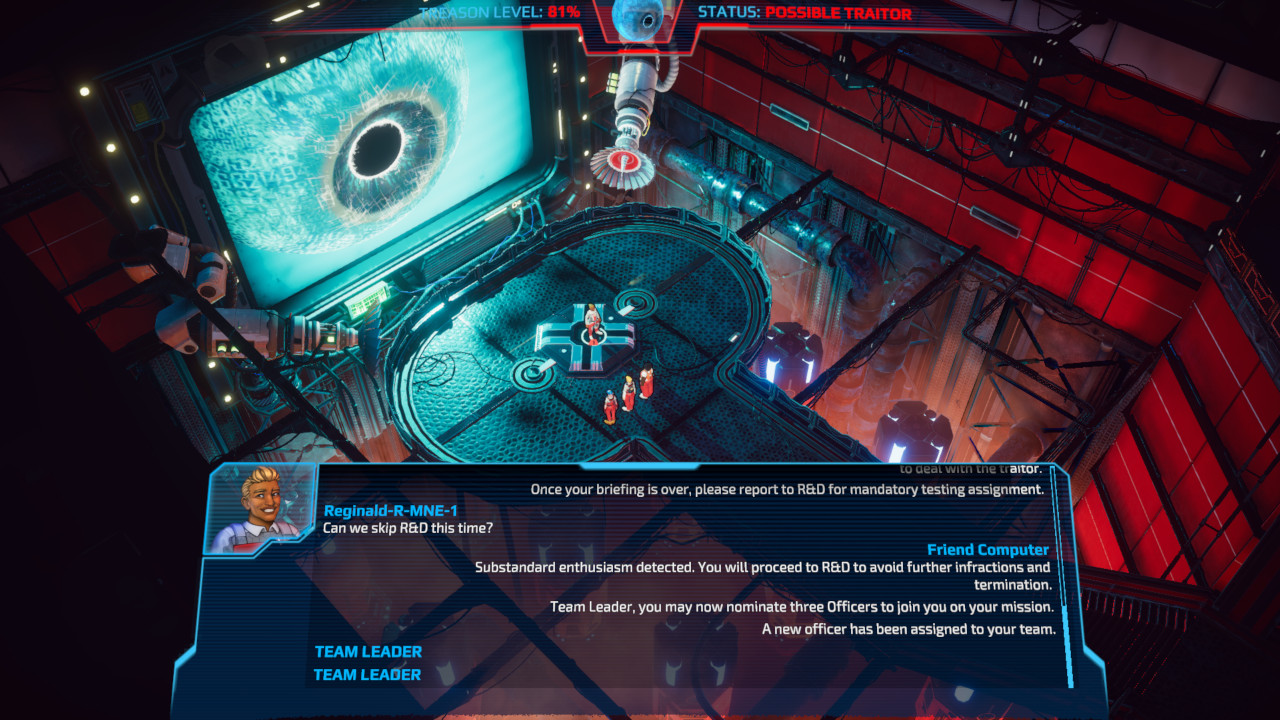 At this point in the game, nothing is selectable, no matter how long I wait nothing changes and I have no idea how to fix this, I’ve reloaded several times and verified the game, but nothing.

Epic Games doesn’t have a forum for their games, and the game hasn’t launched on Steam (idiotic timed exclusive), so who even knows if the Dev’s pay attention there, and I can’t seem to find any email on the developers websites.

So, I figured I would write my “review” now, and maybe tweet it at the Devs in the hopes of finding out what the hell I can do, because I want to finish this game.

Side-note: I will be running a tabletop Paranoia game over the upcoming Christmas break.